WordPress 4.5 “Coleman” was released with a lot of improvements and new features.

This release was led by Mike Schroder, backed up by Adam Silverstein as Release Deputy, Mel Choyce as Release Design Lead, and the help of 298 contributors with props in this release.

While there is no big ticket item on the list, things like the theme logo support and visual editor enhancements make WordPress just a little bit better with this release:

For a quick intro, check out the launch video.

This allows themes to declare support for a logo, which would be accessible via the customizer!

Most themes that make use of the customizer most likely already offer custom support for uploading a logo. However, with direct support from the customizer it will make it easier to allow logo upload for new themes.

This is available with a theme mod enabled via add_theme_support( 'custom-logo'), rather than storing the logo persistently across themes. This is for a few reasons:

To learn more how to add theme support for a custom logo, checkout out this article.

From WordPress 4.5 you will be able to link text with an inline toolbar, which replaces the link modal.

You will still be able to access the modal with the gear icon in the toolbar, if you’re using one of the advanced fields or are using a plugin that extends the modal. 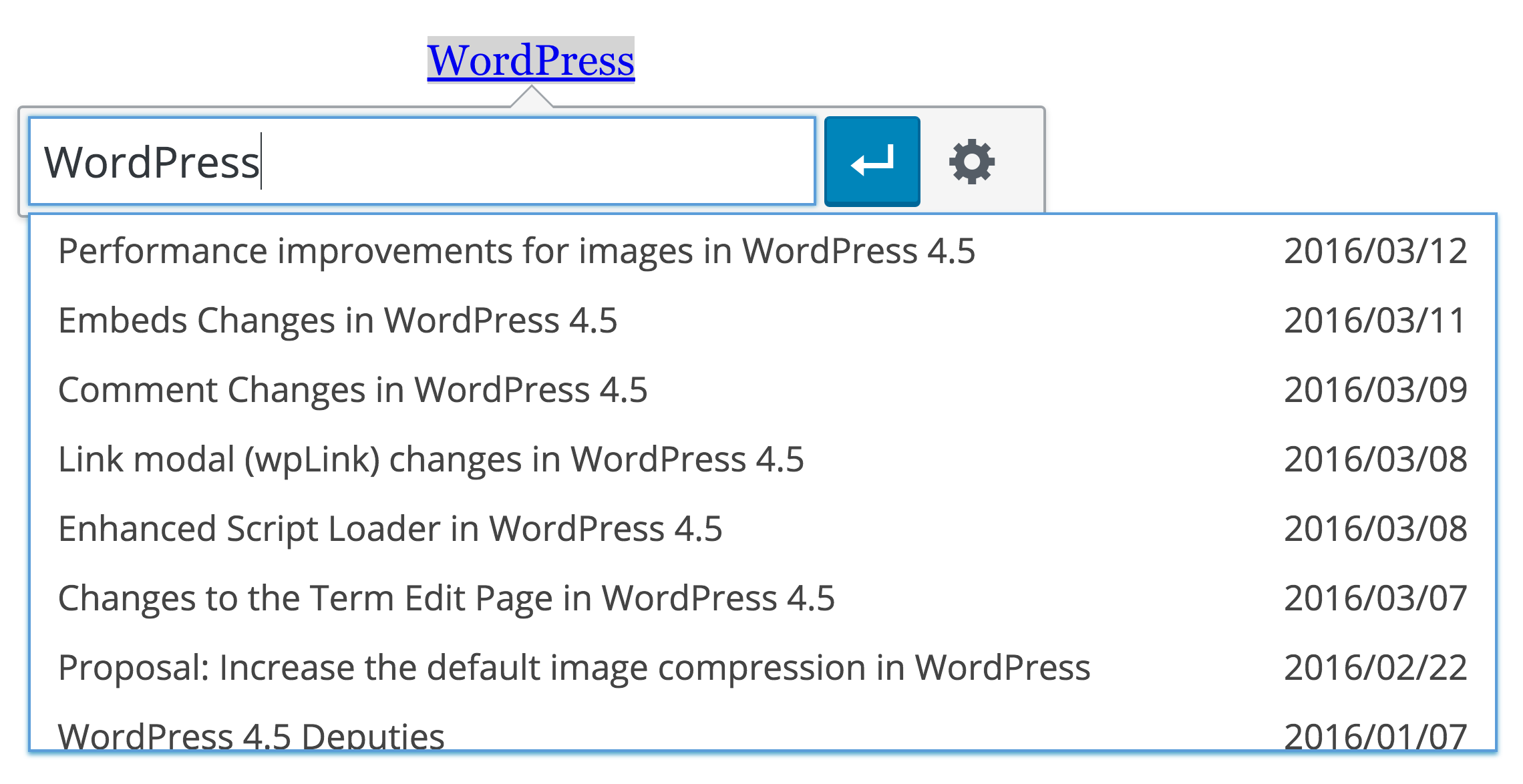 The Moderate Comment Screen has received a UX update. This is the page where you land when clicking one of the moderation actions from a comment notification email message.

With today’s websites, image size represents the bulk of the total page size on load, negatively impacting the loading time of the page.

The old setting for jpeg compression was 90 and the new is 82. You can read about the research behind this change in this article.

You can always change it back to 90 or even lower it via a plugin or simply with code: 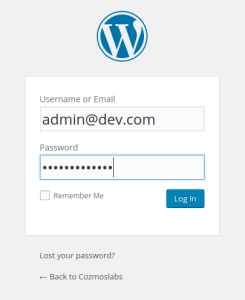 While this was possible in the past using a plugin, login with email is now enabled by default on the admin login form.

With so many accounts on various sites, having the possibility to just enter your email and password is a nice user experience enhancement.

This also impacts the wp_login_form() function, meaning that if you’re using that function it will enable login with username or email by default.

In addition to the 35+ bugs that were fixed in this release, there were around 17 features and enhancements that made in the release.

Sometimes controls do not directly have settings associated to them. For example, controls might be needed to change some aspect of the Customizer interface or the way other controls behave. A good example is adding a control for managing repeating controls, where we have a button that only serves to create other controls and their settings.

Previewing Site Responsiveness in the Customizer

When previewing site changes is important to be able to have a general idea on how the changes will look on smaller devices. The controls themselves do not target a particular device by design since that would be pointless, instead there are three generalist sizes:

The device previewer is in the customizer controls footer, right next to the“Collapse” button.

For developers you can add custom device previews via a filter.

Selective Refresh in the Customizer

Prior to this, settings edited in the Customizer resulted in the entire preview being reload: this is can be very slow and beats the purpose of the Live Preview.

This is implemented using a selective refresh framework which centers around the concept of the partial. First the partial renders a low-fidelity javascript version in the browser, followed by the high fidelity version that’s rendered on the server.

Changes to how data is processed by the REST API

This is basically a bug with the parameter parsing in the API infrastructure. By default, the superglobal request variables ($_POST and $_GET) are “slashed” and there are functions that expect “slashed” content (they run wp_unslash() on the variables).

However, when the REST API gathers the data sources, it accidentally mixes slashed and unslashed sources. This results in inconsistent behaviour of parameters based on their source.

So if you’re a developer using wp_insert_* or *_post_meta in your REST API callback, you need to ensure you are calling wp_slash() on data you are passing in, regardless of source.

This is a Backward Incompatible change

The term edit screen has been moved out from the term list screen. Plugins that targeted the edit screen need to take this in consideration when loading their assets. Visually nothing has changed, just that editing a category had the url:

Now that url is:

Backbone and Underscore updated to the latest version

Plugins or themes that rely on the bundled Backbone and/or Underscore libraries should carefully check functionality with the latest versions and run tests to ensure compatibility. 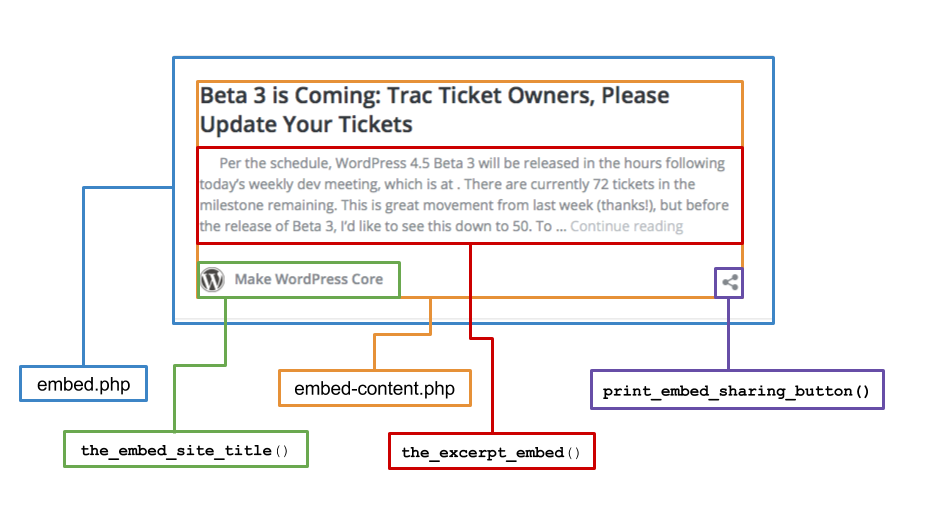 There are also Embed Template Changes, mainly 5 template parts that define how the embeds look: embed.php, embed-404.php, embed-content.php, header-embed.php, footer-embed.php You can overwrite them directly in your theme like any other template.

In addition to the new base embed.php template and related template parts, themes can now implement embed templates for specific post types and post formats within the confines of the template hierarchy. The embeds template cascade looks like this:

There were quite a few multisite focused changes in this version, however the most interesting ones are:

If you’re looking for larger features or improvements like we had with WordPress 4.4 adding things like the REST API infrastructure and responsive images, you might be a bit disappointed.

That being said, there was a lot of work in this release and I’m sure that Theme Logo support and the responsive preview in the Customizer is going to be put to good use by theme developers and WordPress site owners.

A big THANK YOU goes to everyone who contributed to this release. Here’s to WordPress 4.6.