WordPress 3.8 is just around the corner and I can honestly say it’s THE most exciting release since ever! With the WordPress 3.8 RC2 available for download, we’re only days away from the excellently polished WordPress 3.8 UI.

Much more than just a new skin

You can see by the title of this post that I’m quite excited about this release. The old design has been around since 2.7 with only minor improvements across the board (was back in 11’th of December 2008 when 2.7 was launched, 5 years ago!). While the new, WordPress 3.8 UI, keeps most of the elements in the same place, it’s clearly the biggest thing to happen visually in the last 5 years.

WordPress 3.8 UI is stunning to look at and work with, but it also represents the best responsive/mobile implementation we’ve seen for the WordPress backend so far: 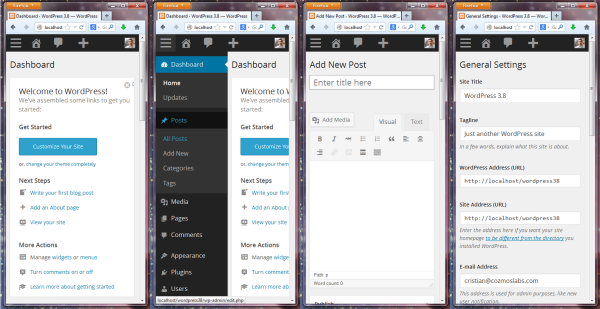 Besides the excellent responsive design, there are other things that make WordPress 3.8 even more straight forward to work with on a day to day basis: 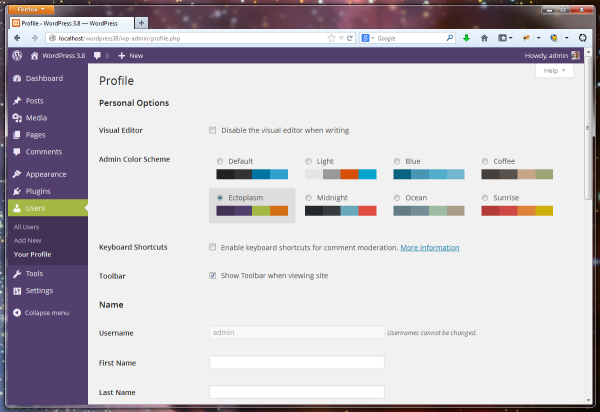 Adding new themes to your WordPress 3.8 website has also changed. We now have a more app like interface, with a big “Add New Theme” button. The Theme details popup is also much nicer than what we had before, and usable to.

If you like to test a lot of themes for your projects, now it’s quite a lot easier to find a perfect theme.

Nothing this extensive was changed in the Plugins UI, but I guess a LOT more people will interact with the Themes interface ( just a “handful” of people who blog at WordPress.com ) than with the Plugins, so I guess it’s ok to push for the Theme UI revamp in this version. 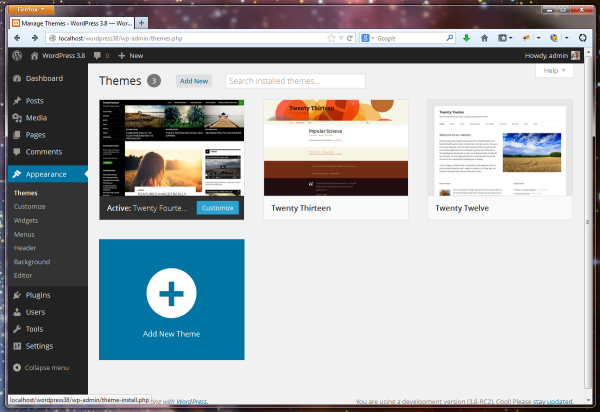 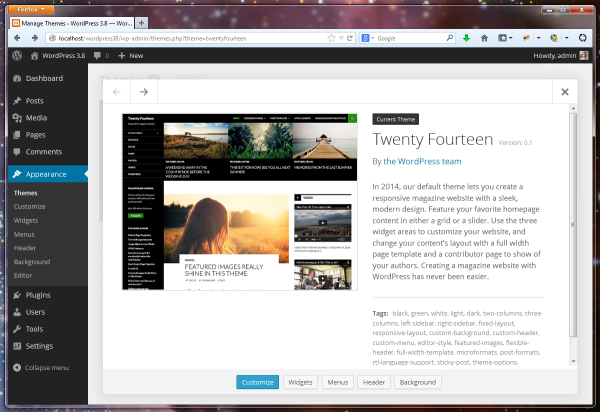 Update: As Kraft mentioned in the comments, on the Widgets page, you can now click a widget from the widget list and indicate what sidebar it should be used for. So the widgets are a step in the right direction after all!

The WordPress 3.8 Widget Area interface is different from the old one. However, besides smartening everything up to fall in line with the overall design of WordPress 3.8, it’s actually a step backwards in my opinion, and here’s why:

Those were the facts, so why is this worse: there will almost always be more Widgets than Sidebars.

Without something like a floating Sidebar area, inactive and lower widgets now have to be dragged from the bottom and you’ll end up scrolling quite a lot. The reason it’s worse than the old design is because in the old one you could have as many widget columns as you wanted, provided you had a big enough screen. That made adding new widgets a lot easier, without having to scroll so much from the bottom.

I really like the new default theme. It’s a good companion to the new WordPress 3.8 UI, making both the backend and the front-end feel more like a well crafted app, than anything else.

The way you see it right out of the box doesn’t do it justice, without proper content in place. And, if I’m not mistaken, it’s the FIRST magazine like default WordPress theme. .

From it’s own description it “lets you create a responsive magazine website with a sleek, modern design. Feature your favorite homepage content in either a grid or a slider.” 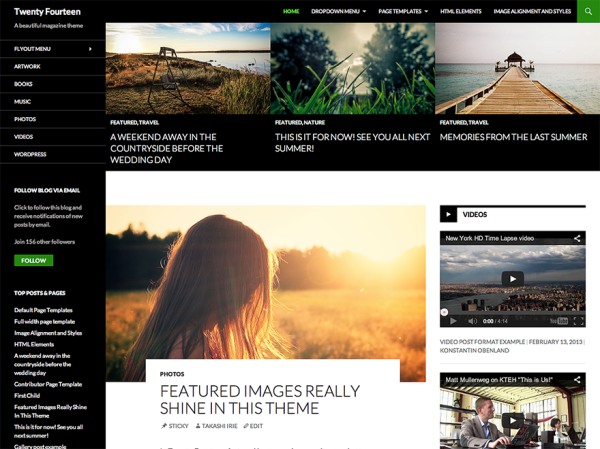 The old design was quite functional and nice to look at. It served it’s purpose for the past 5 years and survived with only gradual improvements. But sometimes you have to scrap even good things in order to move ahead.

The WordPress 3.8 UI redesign feels like it’s here to stay for another 5 or more years in this general look and feel. I’ve also heard it’s A LOT easier to work with (haven’t tried it yet), so building custom backend themes a lot simpler than ever.

7 thoughts on “WordPress 3.8 – The Best Redesign Since Ever?”